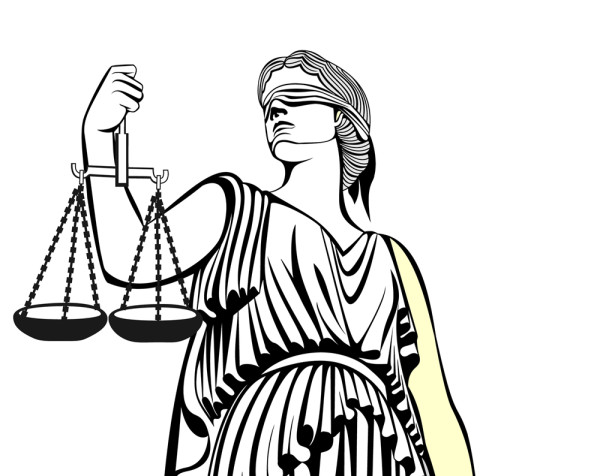 One Guy’s Take on Gender Diversity, or Lack Thereof, in the Law

While most of my blog posts will concern patent law, this first post will not. Instead, it is a commentary about the ongoing gender diversity problem we have in the law, a topic about which I know little and am surely unqualified to discuss. Nonetheless, being a male who has collected some observations and is willing to pipe up on this topic, I hope you’ll humor me and read on.

The topic of gender diversity in the law has been an ongoing concern. From time to time, even the mainstream newspapers address it. I have read a fair number of these articles. They were all written by women.

Perhaps it makes sense to have all-female memberships of certain women’s organizations. But gender diversity likely will not improve without the support and participation of men. Even though it has been decades since male attorneys began asking their female colleagues (like my grandmother, Brooklyn Law School ’40) to do something besides make coffee, law remains the least diverse profession in the nation. When I first entered the law, having just left the relatively heterogeneous environment of Johnson & Johnson, I was surprised to learn about the ongoing lack of diversity in law. However, having observed that most male attorneys disapprove of discrimination—and with so many impressive women in my law school—I felt that gender discrimination was not something I needed to actively worry about. When I arrived at a big-law firm in New York City and found that among junior attorneys the sexes were fairly balanced, it seemed that my attitude was right. Male support for improving gender diversity, but not necessarily active participation in its improvement, was sufficient.

A couple years later, Lean In by Sheryl Sandberg came out. I noticed many women dressed in business casual reading the book during my daily subway rides to work. Months later, as I observed one more woman reading Lean In, it dawned on me that I had not seen a single man reading it. I shared this observation with my wife, who had not only already read the book but also participated in an all-female Lean In reading group at her law firm. She asked, “then why don’t you try reading this girl’s book?”

By the time I finished it, I felt that Lean In was actually more of a guy’s book. It contained so much information and insight about the female experience that was brand new to me, a progressive guy with the “right attitude” about gender discrimination. Most notably, I learned about the concept of unconscious bias. The Kirwan Institute at Ohio State University explains that unconscious biases reside “deep in the subconscious” and “are different from known biases that individuals may choose to conceal for the purposes of social and/or political correctness.” Critically, unconscious biases are “not accessible through introspection.”

Living as members of a society with values and norms, our brains become programmed with unconscious biases. For example, most people associate women with being more affectionate, nurturing, and kind than men, and most people associate men with being more self-confident and ambitious than women. When people do not fit this mold, they are more likely to be judged negatively by others. Having been alerted to the concept, I tried hard to observe my unconscious biases and manage my judgments. Within a few weeks, I concluded that I truly was more likely to notice women rather than men who act aggressive, even if done in a purely professional context, and even when the act involved something simple, like a woman trying to speak over men who were also trying to speak over each other. While such behavior is not necessarily attractive in either sex, I apparently expected women to be more polite than men.

My unconscious biases had gotten the better of me. Even though I had the “right attitude,” I had actually been holding women to a double standard.

When I had stepped into the subway and pulled Lean In out of my bag for the first time, Sandberg, with her smiling face propped so professionally on her hand, and I, a 6’1” guy with a sweet beard, must have made quite a pair—or at least appeared sufficiently irregular to grab a fleeting moment of another New Yorker’s attention. Every few moments, I cast a glance around the train to see if I could find corroborating evidence. I finally noticed a woman, also dressed in business casual, looking a bit curiously at me. I smiled and she smiled back. (Yes, I have a reliable control set of data indicating that this was because of the book). By the time I finished Lean In, the tally of women I noticed looking at me was at least ten whereas the tally of men was zero. Zero! At least some dude should have taken notice that another dude was reading a girl’s book. Alas, I thought, such things apparently do not register in the male psyche.

I began considering how to alert men to their unconscious biases in order to enable them to acknowledge and remediate their discrimination. I tried discussing unconscious bias with some colleagues when the time seemed right, like over an afternoon coffee. I had trouble raising the topic naturally and maintaining a discussion instead of stumbling into lecture mode.

Then I had my mid-year review. When the partners finished sharing their feedback, they asked if I had any thoughts to share. I suggested that instead of taking our usual half-hour for discussing recent case law at one of our upcoming department meetings, we should instead focus our discussion on—or even have a professionally led training session about—unconscious bias in the workplace. Explaining my recent experiences and newly developed beliefs, and pointing out that we already had time set aside, I thought I made a compelling case. Of course, nothing happened.

Spearheaded by Sandberg, Facebook recently rolled out on-line work-place training videos concerning unconscious bias. Law firms (probably only under pressure from members of their women’s committees) would do well to roll out trainings of their own, and coax their lawyers to attend with some ethics-CLE credits and lunch—always a strong one-two punch for attendance. The trainings should be live, to help maximize their impact. This may be wishful thinking, given the slow pace of progress, but it seems like an easy way to begin grappling with the problem.

In the meantime, men who have been alerted to their unconscious biases should not be ashamed to find that their biases may have gotten the better of them. Instead, they should try to observe themselves, and work on managing their unconscious biases. They should seek opportunities to discuss their experiences with their colleagues, both male and female. They should attend activities organized by women’s bar associations and their firms’ women’s committees. They should read Lean In (maybe even in public places) and recommend the book to others. And, they should watch and share this CLE course from Amy Oppenheimer offered by Lexvid (which is free for newcomers to Lexvid).

An important next step to increasing gender diversity in the law is for men to accept the responsibility of opening their own eyes, and the eyes of others, to the concept of unconscious bias.

About the Author,
Etan S. Chatlynne